“The right to return to one’s own country is a fundamental right of every citizen, and the government has an obligation to facilitate the process and provide assistance to its citizens as required. The COVID crisis highlighted the necessity for a comprehensive policy and framework to effectively implement the right to return, but this is not confined to emergency or crisis situations. The right to return should be recognised as a basic right of its citizens, and that is what we are advocating for.” – Barun Ghimire, Senior Legal Officer, iProbono Nepal.

iProbono’s legal team in Nepal along with other human rights lawyers filed a writ petition before the Supreme Court of Nepal in June 2020 to secure the safe return of migrant workers back to the country.

Many Nepali migrant workers are often stranded in their destination countries due to factors such as recruiting fraud, undocumented status, visa expiration, etc. Migrant workers have struggled to return home and receive any form of government assistance due to the policy constraints regarding the repatriation of workers stranded in destination or transit countries. This issue became a national talking point during the COVID-19 crisis as the government of Nepal decided to demand repatriation fees to save its citizens. Thousands of Nepali migrants were in dire need of repatriation aid during the COVID crisis, and the government’s decision to charge migrant workers for rescue and repatriation, in violation of existing legislation, enraged citizens and activists alike. Migrant rights activists slammed the government’s policy, claiming that it blatantly disregarded Nepal’s Foreign Employment Act and established international conventions.

The struggles and suffering of the migrant workers were almost palpable, as families negotiated for the return of their loved ones who were in distress, and the government had no policy on the subject. 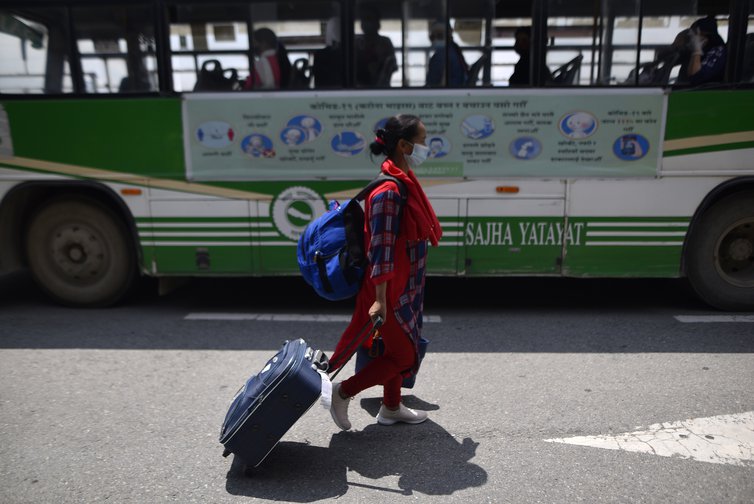 Barun and other human rights lawyers filed a writ petition in Nepal’s Supreme Court in June 2020, challenging the legality of the government’s order to charge migrant workers for airfare and hotel quarantine, claiming that it is in violation of the country’s constitution and governing legislation. The writ petition demanded that the state bear the costs of rescuing and repatriating troubled migrant workers. iProbono’s partner organisation, Law and Policy Forum for Social Justice (LAPSOJ) highlighted the same concern in its policy brief before resorting to legal action.

Anurag Devkota, a human rights lawyer with LAPSOJ said, “The provision in the order regarding the airfare and hotel quarantines costs imposed on returnees from third countries and the cost of transportation from holding centres to local quarantine centres, charges imposed on returnees from India, contradicts the Foreign Employment Act, 2007”. Another migrant rights organisation, People Forum for Human Rights, voiced alarm about the issue, eventually filing a similar petition in Nepal’s Supreme Court.

The Supreme Court issued a show cause order in iProbono & LAPSOJ’s case and an interim order in the People Forum’s case, resulting in the promulgation of a new directive in June 2020 titled, ‘Directive for Rescue and Repatriation of Nepali Worker’s Stranded Abroad Due to COVID-19 Pandemic’. The court further decided that both cases will be heard simultaneously in the main hearing, which will focus on citizens’ right to return to their home country.


The writ petition and interim order have paved the way towards establishing the right to return and related framework. A substantial number of migrant workers in over 153 countries who wished to return home during the pandemic benefitted soon after the case. It also has set a precedent for the rescue and repatriation of many Nepalese migrant workers in the future.

The final hearing of the case is yet to take place. But the subject of rescue and repatriation has resurfaced in the context of Afghanistan’s takeover by the Taliban in August 2022, which once again brought to light the plight of thousands of stranded Nepalis working to safeguard US and NATO embassies, as well as undocumented migrants.

Despite the favourable interim order, which was limited to the COVID crisis, the writ petition ultimately seeks a broader order directing the creation of a comprehensive rescue and repatriation policy/guidelines.

As we wait for the final hearing of the writ petition, iProbono and LAPSOJ, along with other human rights lawyers, are actively advocating with other stakeholders for the framing of a comprehensive policy on the rights of stranded migrant workers in a variety of situations, including war, natural disasters, pandemics, and so on as many Nepalese migrant workers continue to face the same destiny of being forced to return to Nepal.