“You cannot build a cultural identity without the images and sound of your culture. Most countries in the third world, poor countries, have lost their memories because everyday films and cultural artefacts disappear. Film is also a memory of the character and imagination of a culture.” – Rithy Pahn, Cambodian Documentary Film Director

With the advent of the digital age over the last few decades, there has been a paradigm shift in the entertainment industry. Celluloid films and original reels were largely abandoned in favour of digitised equipment. As a result, many film reels are now damaged or lost. The destruction of original reels is a tremendous loss of the creative work of scores of artists, writers, and technicians who came together to tell a story. And while film reels may seem a relic of the past, they are irreplaceable assets, repositories of knowledge, and preserve the magic and irresistible charm of old films.

The Shabistan Film Archive is a non-profit organisation which seeks to preserve and restore reels of Indian and South Asian cinema. They collect film prints and negatives that get destroyed or dumped and build a permanent institution for restoring or preserving them, bringing them back into circulation. South Asian cinema has produced multiple gems worthy of global recognition. Indian cinema has also produced great artists and storytellers, and made an immense contribution to world cinema. At Shabistan, the team aims to preserve these classic cinematographic works for film lovers. 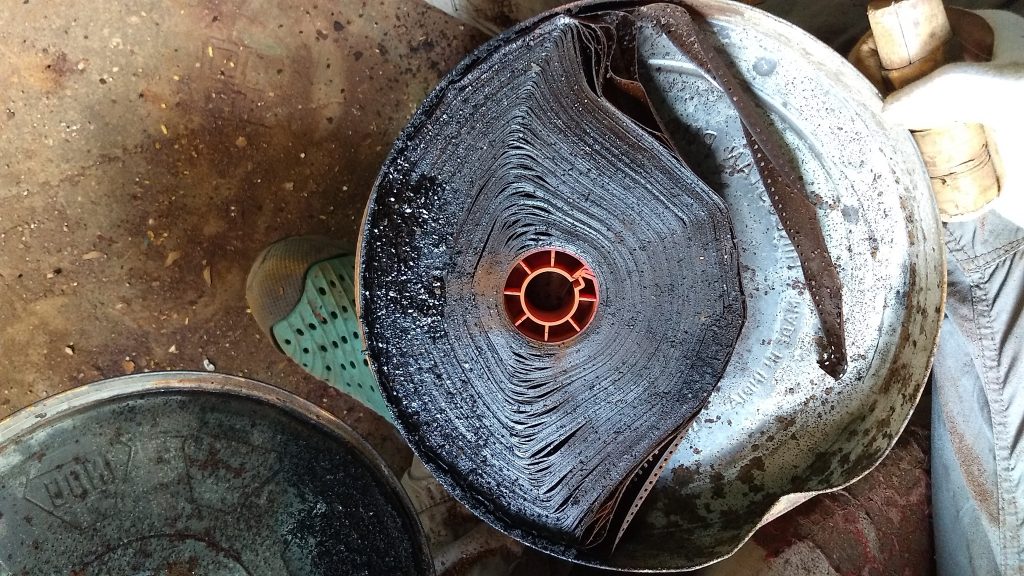 Damaged celluloid film reels in the process of being restored.

In the recent past, iProbono has worked with Shabistan and provided them with legal support and counsel. David Farris, Executive Director of Shabistan, notes: “At a crucial time, iProbono’s attorneys helped us understand and comply with the law surrounding finances, intellectual property, and other areas. Their advice enabled us to effectively and responsibly work to preserve South Asia’s films.”

Cinema is an influential art form that not only entertains but also delivers a message effectively. Films often serve as a mirror to society, call out social evils, capture the beauty of varied cultures, and assume the role of a historian through the ages. iProbono is proud to play a supporting part in this important mission to protect the cinematic heritage of India and South Asia.