Gadia Lohars, a Rajasthani nomadic community, are ironsmiths who travel from one location to another in bullock carts (referred to as “gadi” in Hindi). An extremely marginalised and impoverished community, they live largely in ‘informal settlements’ in the city and surrounding areas, in highly inadequate conditions. One such settlement is based in Manglapuri Basti, Palam, South West Delhi. It consists of around 32 families – over 200 residents – many of whom have documents proving their continued residence in the basti for more than four decades. 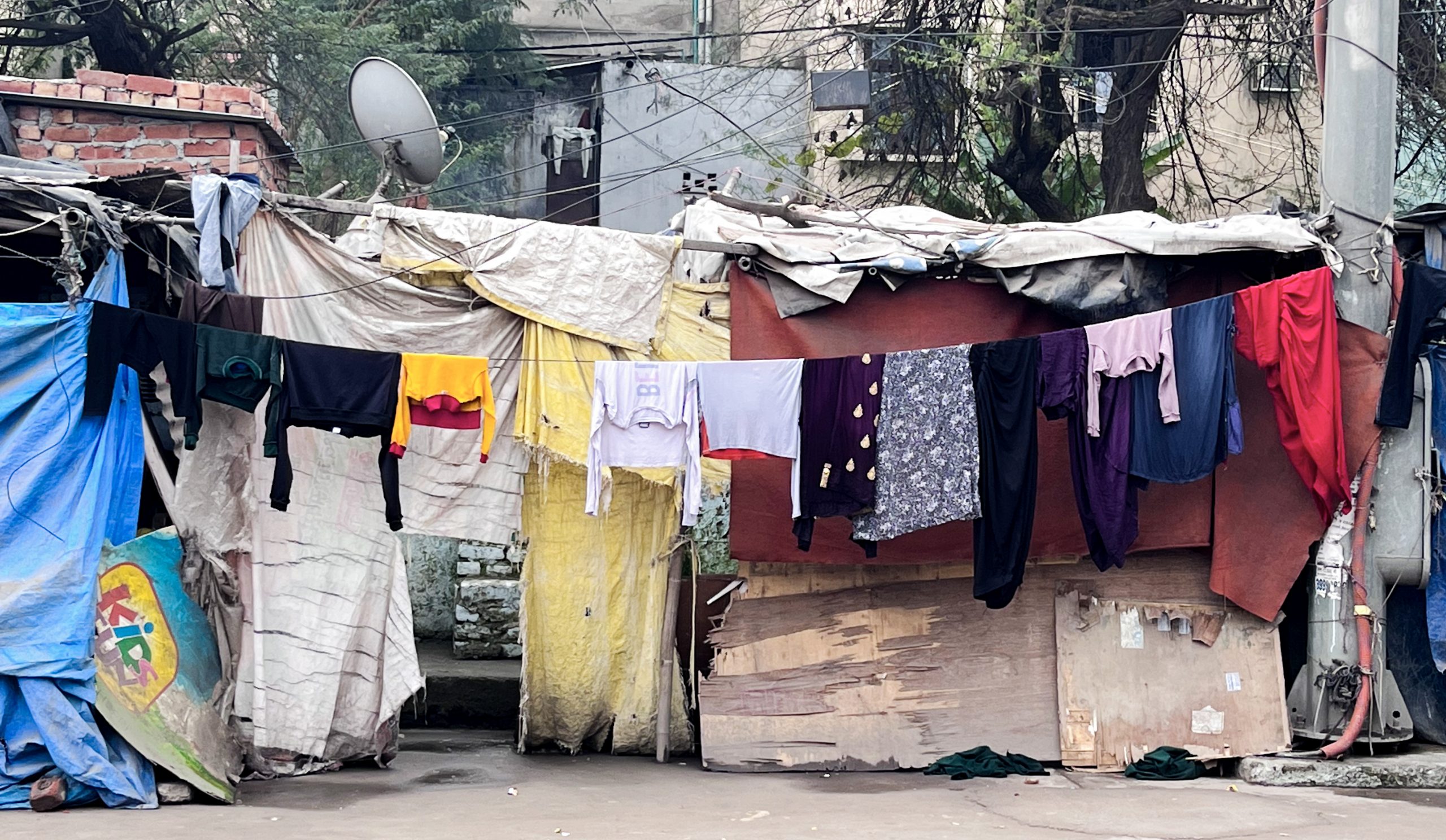 On 6 January 2022, our partner organisation Housing and Land Rights Network (HLRN) informed us that the Delhi Development Authority (DDA) was threatening to evict the residents of the basti without providing any prior notice or conducting a survey as required by law. Due to the urgency of this situation, iProbono team members Yamina Rizvi, Karuvaki Mohanty and Shivangi Shikhar visited the basti to assess the situation and collect the evidence needed to approach the Delhi High Court.

Our panel lawyer Vrinda Bhandari and her colleague Natasha Maheshwari filed a writ petition on 10 January, seeking interim relief to prevent any evictions, demolitions, or other coercive measures. On 11 January, the Court directed that status quo be maintained. The authorities were thus barred from taking any coercive action against the residents, including evicting them, demolishing their jhuggis, or depriving them of their right to shelter.

However, the residents’ relief was short-lived, as just two days later, three to four people claiming to be from the DDA arrived at the basti demanding that the residents vacate their homes. They bricked up the front and sole entrance to one of the jhuggis, preventing the residents from entering their home, and the basti residents were told that the remaining doors would be sealed the next day.

iProbono’s social worker Shivangi immediately went on a field visit to assess the situation, take photographs to submit before the Court, and seek police protection through a written representation. Vrinda and Natasha filed a contempt petition against the violation of the Court’s status quo order, with assistance from the iProbono programs team in preparing the draft overnight and coordinating with the court to ensure that the matter be taken up with due urgency.

On 14 January, Vrinda informed Justice Waziri of the violation of the Court’s order, while the DDA claimed that the illegal construction was not carried out by their staff. The Court directed that the wall be removed immediately. This order was promptly followed by the police that same evening, and the wall was demolished.

A combination of effective fact-finding on the ground, advocacy efforts, and prompt legal intervention resulted in favourable outcomes in both the writ and the contempt petition. At the same time, it demonstrates how the collective efforts of organisations and lawyers can help obtain urgent and effective relief from the Court. The residents of Manglapuri Basti were prevented from becoming homeless because of these efforts, at a time when the city was dealing with the third wave of the pandemic, unexpected rains, and a brutal winter.