As India emerges as one of the top destinations for human trafficking in South Asia, iProbono joins hands with the Missing Link Trust to support them in their fight against modern-day slavery.

Human trafficking is a heinous crime that exploits the most vulnerable women, men, and children. Among those who are routinely trafficked from India and other South Asian countries like Nepal and Bangladesh, children are often the worst-affected. They are usually forced into sexually exploitative industries like sex tourism, prostitution, child pornography and pedophilia. In India, many children are sent to work in factories or to homes as domestic help, some are forcibly married or forced into begging rackets, and some become victims of organ trafficking. Adoption, militia recruitment and debt release are among other reasons that children are trafficked. The National Crime Records Bureau (NCRB) identified 22,955 victims of trafficking in India in 2016, a major increase from 8,281 victims the previous year. However, the first step towards tackling this menace is to create awareness in communities, followed by measures to empower them.

In 2015, Leena Kejriwal founded the Missing Link Trust (MLT), a non-profit organisation, to spread awareness about human trafficking by combining art and technology in innovative ways. The three pillars of their campaign are innovation, education, and empowerment. They use games, stencil art, murals, interactive digital comics and lead school and community awareness programs to motivate youth to become key catalysts in social transformation. MLT has also started two Women Empowerment Centres in West Bengal where they conduct skills training and create alternate livelihood options for women and young girls. They give women the opportunity to harness their potential and empower them to be financially independent. 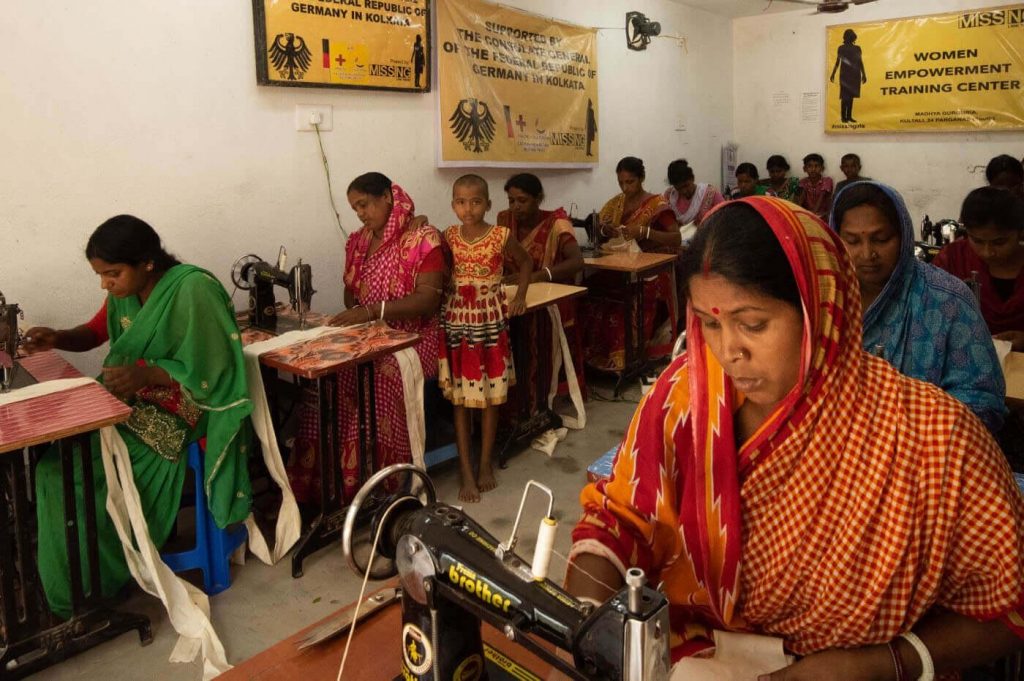 iProbono has provided sustained legal support to MLT through its network of lawyers since 2017 and is proud to contribute to the fight against human trafficking.

While expressing the value of the partnership with iProbono, Leena Kejriwal said: “Missing (Link Trust) started out as an art project, and iProbono’s legal help in building MLT’s work on anti-trafficking has been indispensable. From helping us on intellectual property rights to fighting for the right to protect the identity of one of our survivors, assisting with government applications, and providing support for internal governance. Their presence has been a true enabler, giving us the ability to systematically move ahead in our work to save more missing girls.” Details of some of the projects in which iProbono offered legal assistance to MLT are listed below –

Support in the FCRA Registration Process