Of Love and Honour

Throughout history, women are expected to protect the ‘honour’ of their families, often with deadly consequences. Such homicides are difficult to quantify because many of them go unreported. Headlines like ‘couples charred to death’; ‘women found with their throats slashed from ear to ear’; ‘Man shoots dead 21-year-old sister for dancing and modelling’ are routinely seen in the news.

Honour killing is the cold-blooded murder of a woman or a man involved with her by the male household members in an attempt to restore the honour of the family, clan, community, or tribe. This violent tradition continues to be practised across the world under the guise of religion, and custom.

After reading about the issue and the tragic truth of the countless victims, I wondered, why was this girl’s life cut short by her own family? What did she think moments before her death? How did she feel? How did she feel knowing that her life and safety was secondary to their so-called honour?

These questions troubled me, and I realised that what’s missing in the narrative we find in the news are the stories behind these ‘incidents’, who these people were, and the consequences of what was done to them.

In this article, I try to tell the stories of women and couples whose brutal murders have brought the issue to the forefront.

Fouzia Azeem, better known online by her stage name Qandeel Baloch, was a model, actor, social media celebrity, and activist from Pakistan. Azeem gained prominence due to her videos on social media where she talked about her daily activities, her rights as a Pakistani woman, and various other “controversial” issues. She was one of Pakistan’s top 10 most-searched-for persons on the internet and was both celebrated and criticised for the type of content she posted.

As she grew in popularity, Qandeel broke social taboos by posting photos and videos of herself singing and “twerking” on social media. She was also paid to advertise brands on her profile and was featured in music videos.

Baloch admitted to fearing for her life to an Express Tribune reporter a week before she passed away.

After requesting police protection but not obtaining a response, she decided to leave Pakistan with her parents after the Eid al-Fitr holidays as she felt unsafe. Qandeel expressed this sentiment in one of her last Facebook posts, “No matter how many times I am pushed down, I am a fighter, I will bounce back…”

On 15 July 2016, the 26-year-old was poisoned and subsequently killed by her brother Waseem Azeem while she slept at her parents’ home in Multan. When Waseem was apprehended the day after the murder and was interrogated by the press about why he killed his sister, he simply said, “She was bringing disrepute to our family’s honour and I could not tolerate it any further. I killed her around 11:30 PM on Friday night when everyone else had gone to bed.”  Waseem confessed to the case’s chief investigator, saying, “She made our lives very difficult and I had no other solution.” 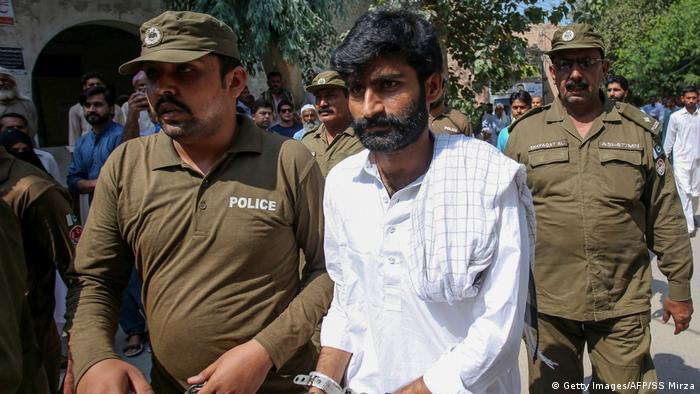 The morning after killing his sister, he was reportedly seen riding around on his motorcycle in the village’s main market talking about what he did to her. He needed the entire community to know what he did.[1]

Waseem was found guilty of murder and sentenced to 25 years in prison in 2019, but was subsequently acquitted because his parents pardoned him under Islamic law, a practise allowed in Pakistan.[2] Anwar Bibi, the siblings’ mother, praised the court order. She remarked, “I am happy over the acquittal of my son, but we are still sad for our daughter’s loss.”

Shafilea Ahmed, the daughter of Pakistani immigrants, was born in 1986 in Bradford, West Yorkshire. Her parents are Sunni Muslims, originating from a village in Gujarat. 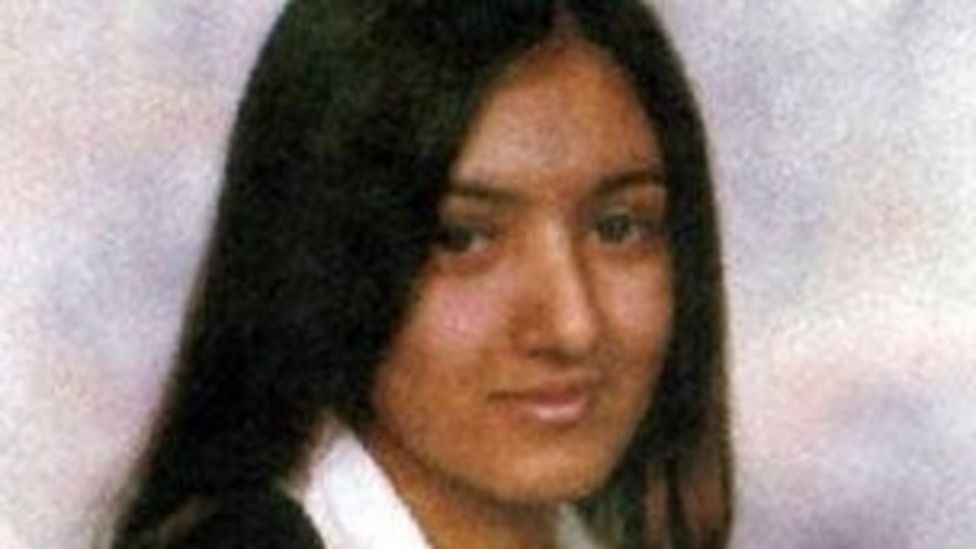 Shafilea Ahmed’s remains were found on the banks of the River Kent in Cumbria in 2004.

Shafilea was murdered in her house by her parents in 2003 because they believed she had brought dishonour to the family. Iftikhar and Farzana Ahmed, Shafilea’s parents, were opposed to their daughter wearing western clothing, socialising with white women, or having any contact with boys.

Shafilea’s sister claimed that in the years before her death, their parents had bullied and coerced Shafilea into following their cultural norms. Farzana was primarily responsible for Shafilea’s physical abuse because she was at home more often than her husband. In February 2003, Shafilea attempted to escape but was arrested and drugged. She was flown to Pakistan a week later to meet her prospective husband. While living in Pakistan, Shafilea attempted suicide by consuming bleach. Her parents later claimed that she had mistaken it for mouthwash.

On 11 September 2003, Shafilea, aged 17 years, was murdered by her parents in front of her four siblings. According to the siblings’ testimony, their mother gave the kill command, saying “just finish it here” in Urdu. Her father struck her in the chest and held her down, while her mother stuffed a plastic bag into her mouth and suffocated her to death. They then disposed of their daughter’s body and lodged a missing complaint with the police.

While the police were investigating Shafilea’s disappearance, they installed a listening device in the Ahmed house. It constantly picked up Farzana urging her other children to remain silent about the murder and Shafilea’s whereabouts. Six months after the murder, her body was found on a riverbank in Cumbria. 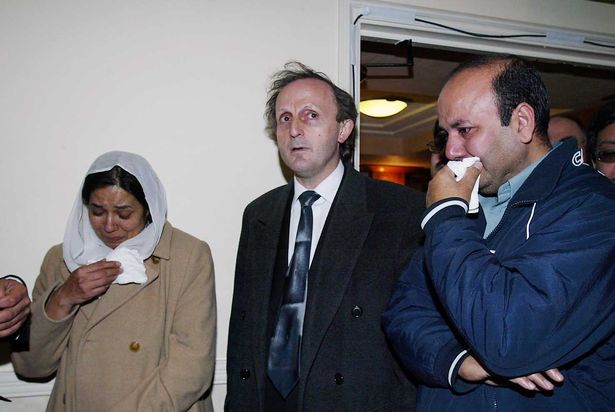 Iftikhar and Farzana Ahmed were sentenced to life imprisonment.

Shafilea’s parents were convicted of killing their daughter and were sentenced to life imprisonment for 25 years. The judge cited Shafilea’s parents’ intentional efforts to hide their crime, including pressuring their other children to give false stories of what happened.

“I am not afraid,” are Kausalya’s favourite words.

When Kausalya married a Dalit man in college at the age of 18, she defied caste norms that govern the lives and love of millions of Indians. In retaliation, her family, who were Thevars with significant political and economic clout, threatened her, took her hostage, and had her husband brutally murdered in broad daylight.

Shankar, Kausalya’s late husband, proposed to her on a bus on the second day after they met at an engineering college in Pollachi in 2014. She declined, but over the course of the following six months, they grew close. She accepted his love when he asked her again. But that was where her real troubles began.

Her family was violently opposed to the match. After a particularly heated argument at home, Kausalya decided to drop out of college, marry Shankar, and support him through college. Despite threats, they got married and chose to remain in the state – a  decision that would subsequently come back to haunt her. 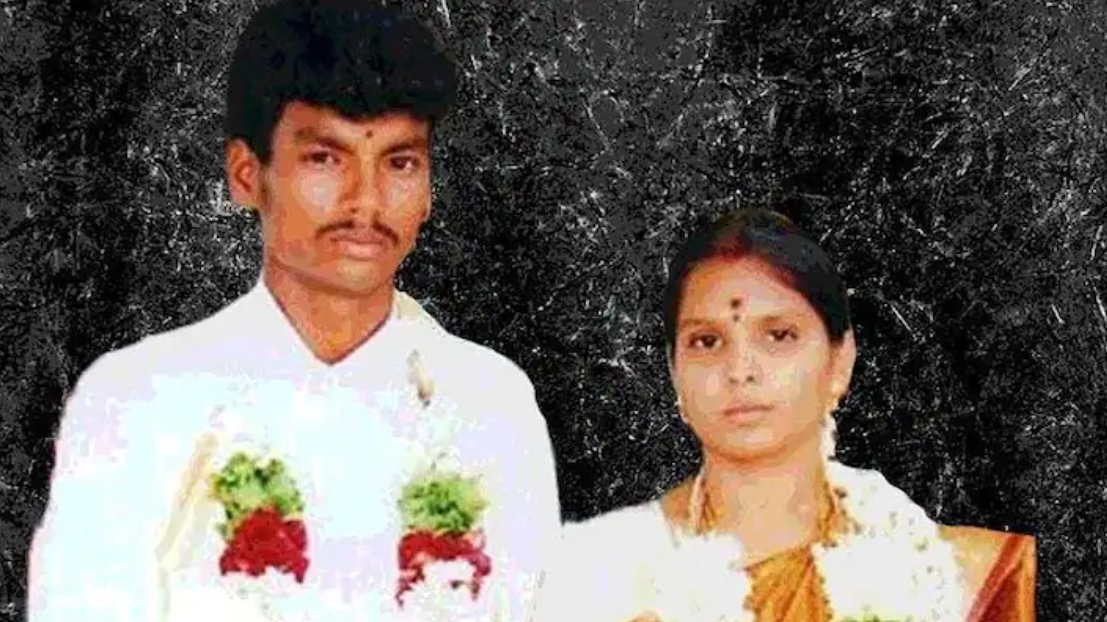 In March 2016, the couple travelled to Udumalaipettai town to buy a new shirt for Shankar. As the couple walked to the bus stop, a group of men on motorcycles ambushed them and killed Shankar, then 22 years old. The brutal murder was caught on a traffic camera in real-time and was later broadcast to the world. Kausalya’s parents and the men on the motorcycle were apprehended by the police and charged with conspiring to and killing Shankar. 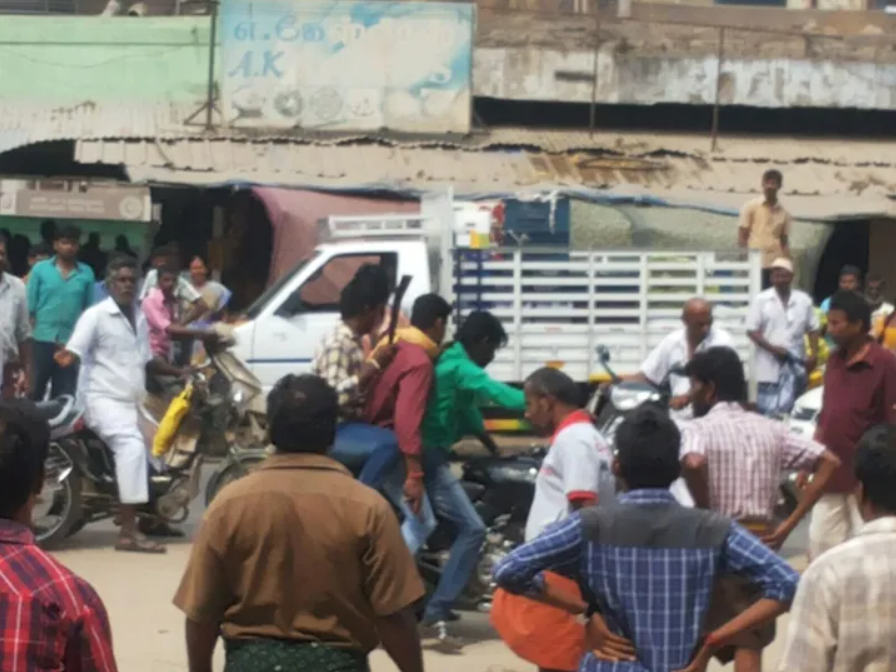 CCTV image of the hired assassins who killed Shankar.

Kausalya’s loneliness and frustration at the political indifference to the wrongdoing by the powerful Thevars was so profound that she attempted suicide the same year.

The Principal District and Sessions Court in Tiruppur awarded death sentences to 6 of the 11 accused in this murder. In 2017, the Madras High Court overruled the Sessions Court’s decision and acquitted Chinnasamy (Kausalya’s father) and two other defendants. The death sentence of the hired killers was reduced to 25 years in prison. The High Court ruled that the prosecution failed to prove conspiracy. 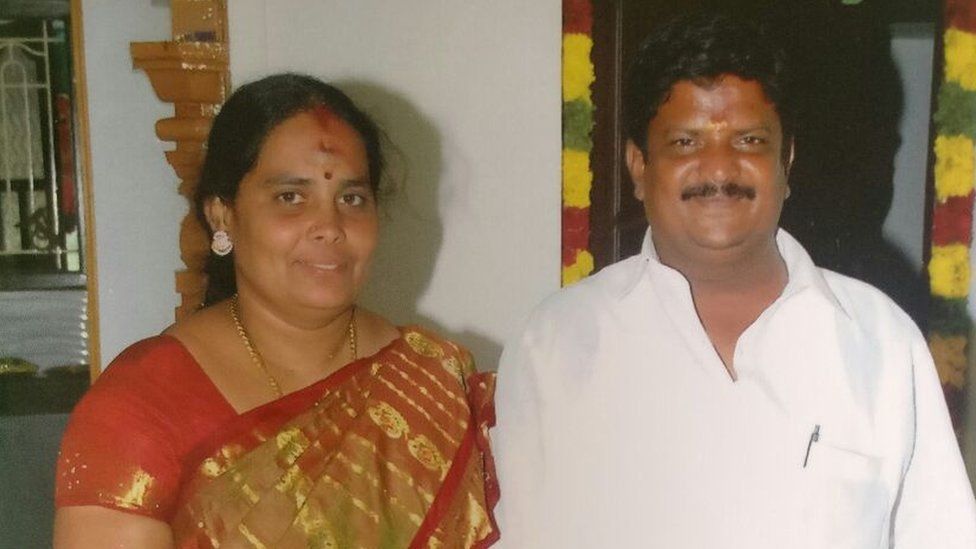 Both of Kausalya’s parents were eventually acquitted by the court.

The verdict strengthened her commitment to fulfil her life’s objective of bringing Shankar to justice.

“I don’t want to depend on anyone…I want to build a new life. So I changed myself”, she states.’ 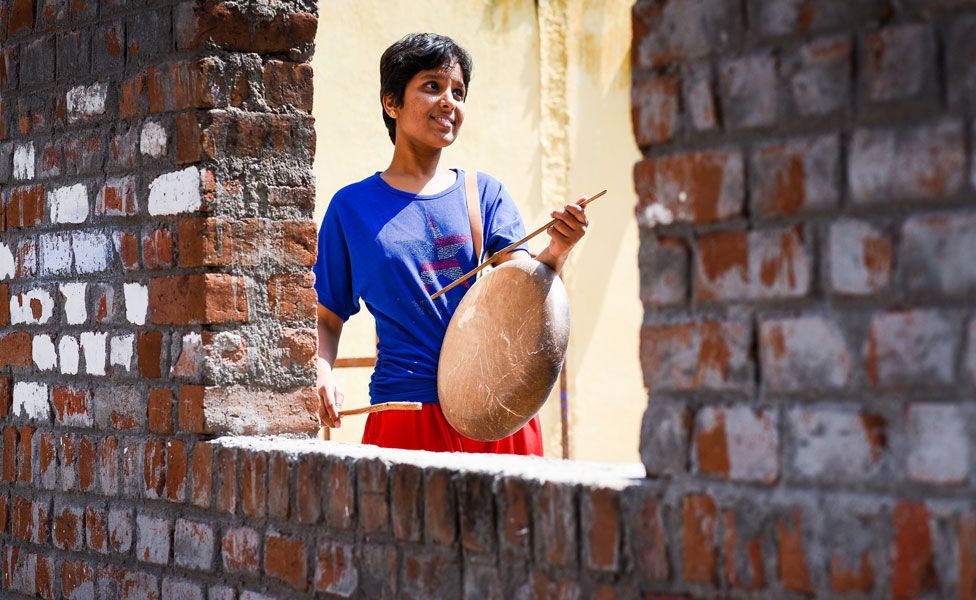 Closure came to her gradually. Six months after Shankar’s murder, Kausalya rebuilt herself as an activist dedicated to ending caste dominance. She read Ambedkar and Periyar, took lectures, and learned the art form of parai (it is a traditional Tamil frame drum used in the parai attam dance). She also married a parai artist, Sakthi.

Today, she travels across Tamil Nadu for public gatherings and lectures against honour killings. Kausalya might be a villain to her family, for sullying their so-called caste honour, but, for the hundreds of young women who attend her gatherings, she is an inspiration.

These are only a few of the many stories of honour killings that have taken place throughout history.

All of these crimes committed in the name of “honour” are fundamentally acts of prejudice and violence, even though each incident has its own sorrow, its own story. Governments and judiciaries often fall short of their responsibilities to protect and uphold women’s human rights in societies where so-called honour killings are permitted.

Many people still adhere to the traditional concept of family honour, which they are willing to kill to protect. It has been documented that even mothers who had daughters killed for their honour have supported such violent crimes. The idea that honour killings are a private affair and should be avoided by law is further supported by the social acceptance of these deaths. As a result, the exact extent of ‘honour’ killings still remains unknown.