“My eyes could see the desert and my skin could feel the wind. When I was on the bike, I felt free” recalls Afghan cyclist Masomah Ali Zada. She was forced to flee Afghanistan with her family in 2016 because of the social pressures she experienced as a female rider and the threat of Taliban brutality — “the Taliban wouldn’t let me cycle because I’m a woman.”

Over the past decade, Afghan women cyclists transformed in to ‘right to ride’ movement. They defied gender stereotypes, inspired the world, and risked their lives to ride a bike.

For these trailblazing women, the Taliban’s takeover of Afghanistan ends life as they know it and they are at high risk of retribution. iProbono is supporting these women and has  established a fund to evacuate and resettle them, along with their families and allied activists.

Where it all started

Beginning in 2011, the first handful of Afghan women began training as cyclists in Kabul. Ten years later, a revolution on two wheels was sweeping the country, with recognised women’s teams in seven regions. Women competed in both road and cycling races, as well as BMX competitions. Bike clubs arose as a regular social activity led by the young women themselves.

The first National Cycling Women’s Team cracked open the gender barrier that had kept girls off bikes. While all sports benefit young people, increasing confidence and improving health outcomes, there is now international recognition that cycling is a simple, low cost and effective means of achieving national and international development goals.

The team was recognised as National Geographic Adventurers of the Year in 2015 and nominated for the Nobel Peace Prize. They are the subjects of ‘Afghan Cycles’, a feature-length documentary that follows the evolution of Afghanistan’s first national cycling team in five years.

The recent turn of events

“Women are burning their cycling kit and diplomas, erasing social media histories, and erasing themselves to avoid retribution. The worst that can happen is that these women can be killed.” says Shannon Galpin, who spent thirteen years of her life working and cycling alongside Afghan women in a post-Taliban, war-torn Afghanistan. 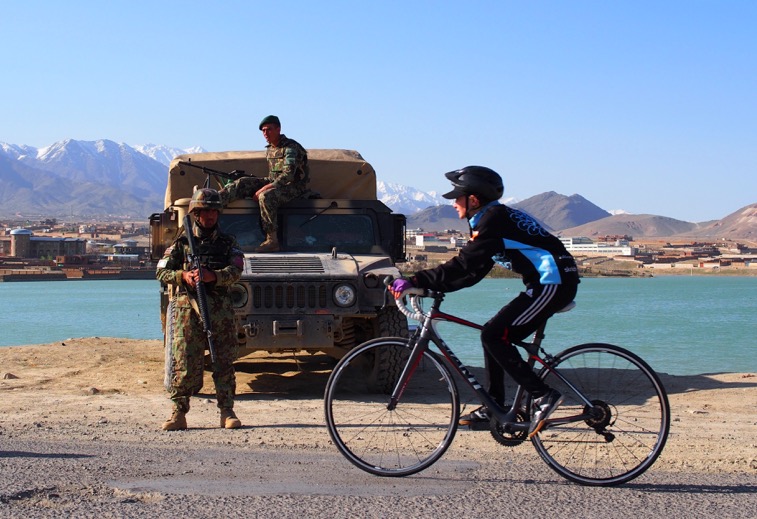 Since 2013, Shannon has delivered over 65 bikes and cycling equipment in partnership with Liv Cycling. She coached and trained the former Cycling Federation President, and supported the trips for racing outside of Afghanistan. She was the first woman to mountain bike across Afghanistan in 2009 and has ridden her bike across the nation. She speaks about the use of cycling as a tool for social change and as a vehicle for women’s rights at conferences and at the UN Human Rights Council on a regular basis.

The collapse of Afghanistan on 8 August this year mobilised Shannon to help evacuate the Afghan women’s cycling team, as well as other female athletes. Working with a coalition of players including iProbono, Shannon has been able to evacuate athletes and secure emergency visas, but there are still many that remain trapped, currently in hiding.

Where will the funds go?

This fund iProbono is raising will assist in the evacuation, resettlement and long-term relationship building of young Afghan women who rode bikes. Recognising that evacuation is only the first step, we need to provide comprehensive care and advise on visa applications and relocation, as well as enlist the help of the cycling community, to ensure the women we are working with can reconstruct their lives, which were obliterated during the evacuation.

Fearing Taliban reprisals, these young women, like so many others, deleted their online presence, burned diplomas, photographs and cycling gear. In the long run, we plan to bring these girls together for face-to-face outdoor and cycling programmes so that they can stay engaged despite being scattered across the globe. iProbono’s program and this fund will ensure that we can help them rebuild their lives and reconnect with their culture while exploring the countries where they resettle and continue to advocate for Afghan women’s right to ride and be free.