“If someone has abused a child, it is most likely that they have violated other children and that they will violate more. For the survivor, the trauma is something they have to live with every day — it endures and has a profound impact on their lives and their mental health.” These were the words of a survivor of child abuse who shared their story with Aritha Wickramasinghe, Equality Law Director at iProbono who has been at the center of radical advocacy work in Sri Lanka. In this interview, Aritha speaks to Catherine Rhea Roy about the campaign, the partnerships, and the advocacy he is involved in to stop violence against children. 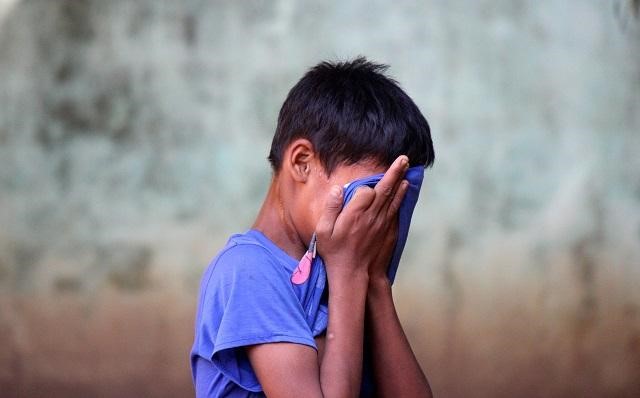 What is the legal process to support a child in Sri Lanka who has survived child abuse? Where does the system fail children?

There are failures in the existing legal processes, and the system needs reform. In Sri Lanka, the state takes a survivor of child sexual abuse out of the environment of the abuser and places them in institutional care. These children often get stuck in institutional care for the duration of their cases which can go on for up to 13 years, leading the child into adulthood before the case concludes. In some situations, the children can feel imprisoned in these institutions. They cannot go back to their school or meet their friends and are denied social experiences necessary to ground them when they feel vulnerable. There are times when the child survivor is brought to court in the same vehicle as the abuser and other prisoners. These are resource issues that can be extremely triggering for the victims. iProbono is working with several lawyers to challenge some of these practices. In Sri Lanka, if your fundamental right has been violated, you have only 30 days to file a claim in court. Most people are too traumatised and prefer to stay away from the legal process. These are constitutional issues that are very difficult to tackle and litigate.

What brings us to the ‘Just Say No Campaign’?

The Just Say No Campaign is a collaboration between the Stop Child Cruelty Trust and iProbono to tackle child abuse in Sri Lanka, particularly corporal punishment. During iProbono’s online advocacy against child abuse, people started reaching out to me on social media, describing their experiences with violence. I shared these stories on Instagram, and it opened the floodgates — many survivors of child abuse shared their experiences. It was critical that they felt safe to come forward, especially in the cultural context of Sri Lanka, where those who are abused are ashamed to speak up because of societal pressure. I reached out to the Stop Child Cruelty Trust and leveraged iProbono’s ongoing partnership with the Daily Mirror Group, and we decided to build a campaign around these issues. Around the same time, the Supreme Court issued a judgement against corporal punishment in a case filed by a 15-year-old student and his parents against the teachers and authorities of a public school. We used this to highlight the impact of the ruling and raise awareness about corporal punishment in schools and on child abuse at large.

The primary role of civil society is to create awareness. However, as I pointed out, instilling new procedures for how child victims are dealt with in the legal system is also crucial. Some of the advocacy, led by iProbono, Child Protection Force and the Child Cruelty Trust, has led to positive outcomes. The Justice Minister has committed to introducing special courts to deal with child abuse matters and ensure that the legal system is more sensitive when handling these cases.

Teaser for ‘Just Say No’ Campaign

Is there societal awareness about child abuse and the impact it has on physical and mental health?

In Sri Lanka, I would say the prevalent mindset is that beating a child is good, almost necessary, and not seen as child abuse. In schools, parents sometimes encourage teachers to submit their children to corporal punishment because they think it will help them learn better. Abuse among children is considered primarily from a sexual perspective or in cases of extreme physical violence. Part of our campaign is to make people more aware of the different forms of abuse by highlighting stories of corporal punishment, physical abuse, sexual abuse, and emotional abuse. We want people to recognise all forms of abuse and violence against children and, collectively, work towards changing these norms.

From speaking with people who have suffered abuse, can you tell me what the fall out of enduring this kind of trauma is?

Several people I know have shared their experiences with me. Most often, it was the first time they had ever spoken about their abuse or even acknowledged it to themselves. There were quite a few people who were so ashamed of their experience that they had never told anyone or confronted it until they shared it with me. But now, they want to tell their story, and they want to be heard and acknowledge what happened to them, a burden that they have carried alone for so long. They want to tell people their truth and start the journey of healing. It has been very emotional for me to read and share these stories. I speak to everyone who writes to me; I write back to them, empathise with them, provide them with resources to seek support and counselling for what they went through. It’s an honour and privilege to be able to share these stories.

From the perspective of civil society, what are other challenges in mitigating the issue?

Getting survivors and families to acknowledge the violation of rights and speak up is a huge challenge. There is a lot of shame and stigma around child abuse; therefore, understandably, survivors and their families are reluctant to take legal action. Supporting child victims through the court process can also be quite a challenge. I think state institutions, especially child protection institutions, need to be strengthened. In one instance, iProbono lawyers supported a survivor of gang rape in a case that included local politicians. In this case, the National Child Protection Authority (NCPA) did not want to upset power structures by intervening to help the child. We need to build child protection institutions and other key stakeholders and help them become champions of child abuse survivors. We need their support to address and end all forms of violence against children. Having a cohort of lawyers trained in child protection issues and responding at a local level is also essential. At iProbono, we are trying to train about 40 lawyers in the Western and Southern provinces in emergency response for child victims of violence, domestic abuse, and members of the LGBT community who are being persecuted. We want to equip these lawyers with the necessary knowledge, laws, and tactics to respond to these situations and support the victim from the point when they are affected. 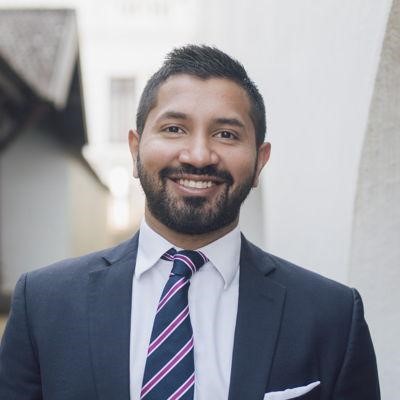 What are the outcomes you are expecting in the short-term and the long-term from this Campaign?

In the long term, we want to push for legislative and policy reform to end all forms of child abuse, including corporal punishment. Sri Lanka already has laws against child abuse, and we have the recent Supreme Court judgement against corporal punishment. Now, it is up to us to amplify these laws, get these stories out, and encourage policymakers and administrators to act on the issue. In the last few years, there has been an administrative lethargy in addressing child abuse issues. What would be great is if we could convene and get policymakers to ensure a policy document on ending corporal punishment that will be applicable in schools.

These things have happened before; there have been circulars and instructions against corporal punishment. This time, we need to go beyond and encourage victims of abuse to register their complaints so that the police and law enforcement can take action against the abusers. We are not asking for law reform; the laws are in place and are fairly good; we are asking for implementation.